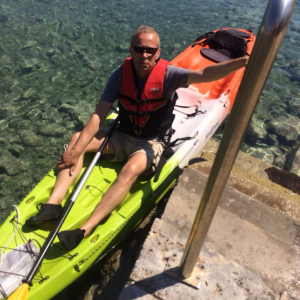 When first introduced, malware and viruses were ways of hackers to get into people’s computers and the backend of their systems.

Once they had access, they would install spyware (to monitor what you were doing on your computer), keyloggers (to record what you typed on your keyboard, such as passwords or bank account numbers), or simply malware/viruses to harm or take control of your system in order to steal data and private information.

How was Ransomware first used?

Malware and viruses were first established as a technique for hackers to gain access to people’s computers and backend systems.

However, no one truly comprehended the whole potential of executing malware to attack systems.

With the digital age, everything changed.

The modern ransomware and malware

Instead targeting individual systems, ransomware is wreaking havoc on organisations now more than ever. Hackers have realised that extorting data from larger corporations is far more profitable. They would either threaten to release the company’s client data, including bank account numbers and addresses, or they would demand money in exchange for keeping quiet about the company’s data breach.

The majority of businesses would choose the latter. How do you think you’d respond if a trustworthy company’s database was stolen and your personal information, such as bank account numbers and addresses, was made available to the highest bidder or leaked online?

Companies would pay millions only to keep their company’s brand intact and prevent their client data from being sold, leaked, or known to media agencies.

When a company receives their data and systems back, it’s easy to presume that the hackers have made copies for themselves, and who knows what will happen to that information.

In Singapore, 90% experienced a second ransomware attack after paying up for the first ransom, with 28% regaining access to data that were corrupted.

Some 73% admitted they lost revenue as a result of the attack, compared to the global average of 66%, while 40% saw their brand or reputation adversely affected, compared to 53% globally.

According to a Censuswide research, 80% of businesses that paid a ransom after their first breach had a second attack, with 46% of businesses believing it was caused by the same hackers.

How do I protect myself from hackers and ransomware?

Simple: have strict, advanced protection for your data files, as well as backups — both offline and online, via the cloud. It might seem a hassle to do, but it’s harder for a hacker to get access to your details, because it’s a hassle for them too.

Keep three copies of your data; one primary and two backups, on two different types of storage systems such as a server or an online drive / NAS drive, and finally – keep a backup of everything on the cloud too.

Having all of these backups makes it more difficult for hackers to gain access to your data, especially if everything is encrypted and protected with necessary security measures.

How can I get secure?

System Force IT offers a wide range of software, systems, and hosting solutions that are suited to your company’s security needs. We can help you keep your security up to date, whether it’s with anti-virus software or by encrypting your data on our servers.

If you are interested in any of our services or anything IT related, please do get in contact with us and see how we can help you!